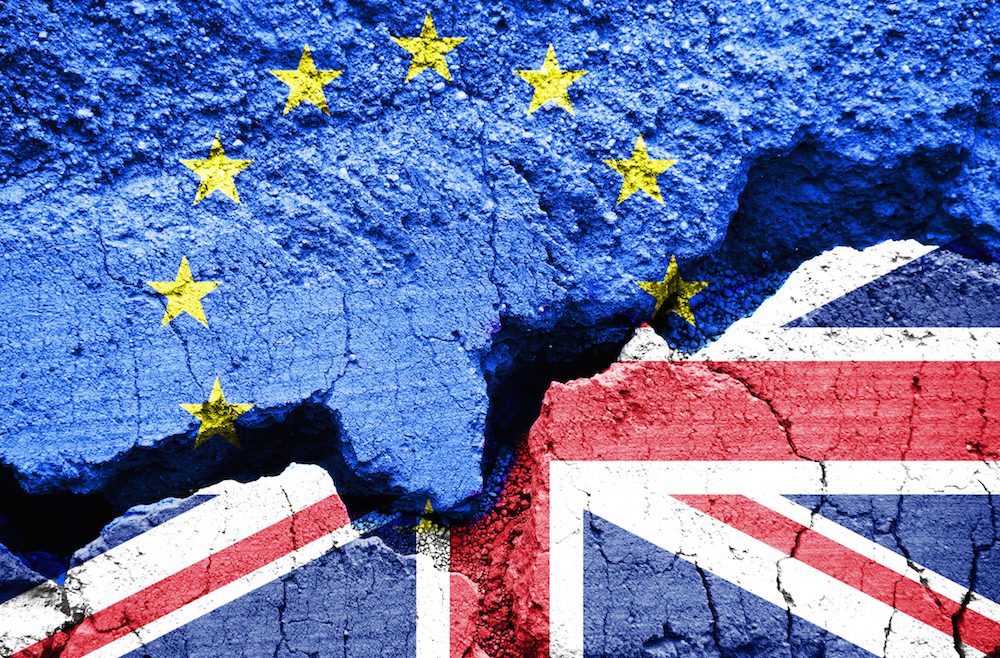 Why is Brexit a positive move for the UK property sector?

“The London market, as always, is likely to remain in its own impervious bubble despite the choice for Britain to leave. We’ve seen a few market wobbles since the results were announced, but they already seem to be starting to stabilise.”

At Luxe Property Group, many of our friends and clients in the industry have asked my opinion on how Brexit will affect the UK property market and being one of the few in our industry to have voted “out” I’d like to share my views with a wider audience, even if just as an act of reassurance. First and foremost, the decision has been made, so it’s important that we become more confident and optimistic about the positives independence will bring for our economy and indeed for our housing market.

The Treasury, pre-referendum, released figures suggesting there will be a drop in house prices across the UK over the next 4 years, but this was under the assumption that should we leave the EU “demand for housing would fall due to the high cost of lending”. However, this is unjustified – the Bank of England has not been able to provide a clear answer on whether interest rates will go up or down. Needless to say that in 2010 when our economy was on the mend, house prices continued to increase despite banks not lending, so the cost of borrowing is an unknown at this stage.

As part of the EU however, one thing is certain – access to borrowing is already being restricted through the EU Mortgage Credit Directive. As of earlier this year, it’s become more difficult for homeowners to remortgage, which is just one of many examples where decisions made through the EU affects the UK markets at the expense of British consumers. It’s time for us to have our autonomy and make decisions which are best for our country.

The UK property market is highly profitable – in the last 20 years the average house price has more than tripled, driven predominantly by UK-based demand. We’re yet to witness a significant decrease in prices since Brexit, and indeed, there will be uncertainty for a few months whilst the government renegotiates its relationship with Europe but once this has settled I strongly believe we’ll see more stability and a stronger market still. In the meantime, there may well be less enquiries into properties that are on the market, but out of those that do enquire, the percentage of offers made will be increased due to potential purchasers being actual buyers in the market for a new property.

In addition to this, inflation over the past 18 months has grown substantially, in fact too much. I believe that this on its own would have led the county to its biggest recession yet. There was no reason for the property market to grow so rapidly, and yet it did. The market was in need of something to happen for the growth in property prices to slow and to make the property market an affordable one across the board. As a result of Brexit, we will welcome a marketplace where the yield makes sense and investors can see the benefits of investing in London again.

Britain will benefit from its independence, with better opportunities for international trade and improved chances for our startups and SME’s. I don’t doubt that house-building and the market as a whole will rise – our economy will become stronger and by proxy as will our housing market.

Britain also has an ever growing population meaning that new homes are going to be needed and despite a boom in house-building in the UK recently, there’s still a shortage.

Indeed one concern is around international investors and the continuation of them purchasing in prime central London property. A Knight Frank study in 2013 revealed that 49% of all prime central London buyers were non-British citizens, however it is difficult to determine what role the EU has played in driving these investors to the UK. One interesting statistic is that only 16.5% of buyers came from EU countries.

With Brexit, there has been a concern that EU workers in the UK could lose their right to remain in the UK, but there’s been nothing to say that our government would act on this, and in fact, why would they if these individuals are contributing to our economy, just as many are. Those that are earning a decent salary will remain, and those that aren’t can’t afford to buy property in most instances so this shouldn’t affect the market in the long run.

As for non-EU nationals, namely Russia and the Middle East, Brexit won’t make a difference to their requirements and desires for a London home because it’s the political and economic stability which attracts these buyers to the country and this won’t change.

Property will continue to be a good investment just as it was before we entered the EU and just as it will continue to be once we’ve left. Before we decided not to join the Euro there were many economists predicting a disaster if we didn’t, but hindsight has shown us that refusing the Euro was one of the best economic policy decisions our government has made.

So Britain should remain confident. The housing sector in the UK is one of the strongest and it will benefit from the independence that Brexit will bring.

We are always interested in hearing about residential and commercial development, management and interior design projects in London so please be in touch if you have anything on the horizon by emailing me at sam@luxepropertygroup.co or calling 020 7383 8042.

Alternatively, please leave your details below to be added to our mailing list and we’ll keep you up to date with our projects. 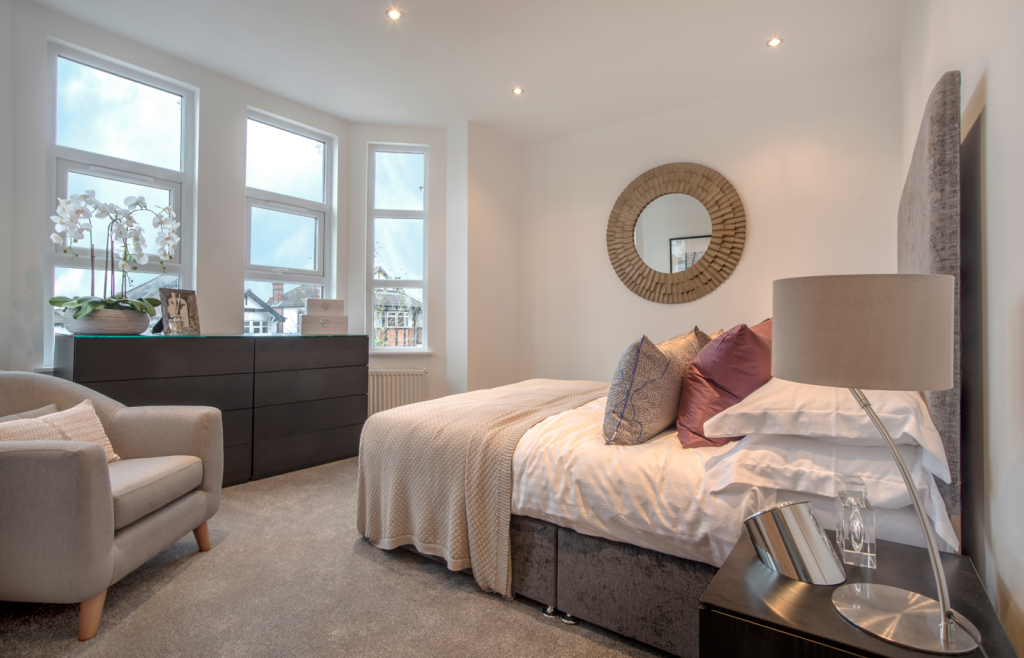 A Year In The Life Of A Successful Property Developer

At Luxe Property Group, we’re pleased to have celebrated a very successful first year, witnessing rapid growth and being privileged to work on some exciting projects across London. After 12 years working in the property industry, the business was founded by myself on 16th July 2015 – we’ve since developed multiple properties, including one in Ibiza, we’ve merged with Boxer & Brown, a leading interior design company, grown our team and have entered into the world of serviced apartments.

One property which has been a project I’m personally proud of is 76 Viviane Avenue in Hendon, London. For 6 years this property had been on the market, undergoing 12 different offers and 7 planning applications from many different developers, however none of these approaches worked or were approved. Upon first viewing, our team realised where the true potential lay so we put in an offer at the asking price. We noticed that the property next door was some 4.5 metres higher than 76 Viviane Avenue which meant that there was scope for a loft conversion and a Juliet balcony overlooking the rear garden. Our planning application was approved, the roof was raised 4.5 metres, and a new flat including 2 bedrooms, a bathroom and an open plan kitchen/lounge were added converting the property into 3 separate flats. This subsequently led to an immediate sale of all 3 flats at a 114% increase on the price we paid.

Another notable project was 2 Artichoke E1W, a 2 bedroom and 2 bathroom flat amongst 30 others in the building. This required a thorough redecoration ahead of new tenants moving in – our quick turnaround and quality interior design led to the client asking us to complete 4 other flats in the building this year alone, with a 10 day turnaround required for each flat in between tenant handovers.

We’ve also taken on a 7 flat building at Hyde Park Gate where we have stripped each flat back to the skeleton and started again, right from the electrics to the interior design styles, working closely with our partner company, Boxer & Brown.

There are many other projects we’ve worked on over the course of our first year, with another 7 in the pipeline and no doubt more on the horizon. We thrive to deliver beyond our clients expectations, transforming properties into affordable luxury flats and homes, putting our unique stamp on each property. Our speed, quality and attention to detail sets us apart from the rest of the pack, and this is evident in the repeat business we see and the friends we meet along the way.

In other news, we’ve grown our team from a one man operation to a team of 8 talented individuals who all help make Luxe Property Group run like clockwork. Our recent merger with Boxer & Brown and the subsequent move to our new headquarters in Kensington is something we’re particularly excited about. Boxer & Brown have long been recognised and accredited as a leading interior design company across multiple press including Vogue magazine. We’re thrilled to be associated with them and look forward to working alongside the founder, Alexandra Shamoon, for many years to come.

We are always interested in hearing about residential and commercial development, management and interior design projects in London so please be in touch if you have anything on the horizon by emailing me at sam@luxepropertygroup.co or calling 020 7383 8042.

Alternatively, please leave your details below to be added to our mailing list and we’ll keep you up to date with our projects.