5 of the Most Affordable Locations to Buy in London

The first few months of 2017 have without a doubt been politically temperamental, what with the triggering of Article 50 and the coming election in June. With political instability comes the inevitable fluctuation in the property market. Property prices in London may have plateaued for now, but London still remains one of the most expensive cities in the world to live. With this in mind Luxe Property Group sought to explore the postcodes in London with the most affordable price tag.

Abbey Wood is an area of southeast London, within the London Boroughs of Greenwich and Bexley. South of Thamesmead and 10.6 miles from Charing Cross with a train ride time of 35 minutes, Abbey Wood is a perfect location to set up camp for commuters. Not to mention, that the station will soon become a terminus for the southeastern branch of Crossrail’s Elizabeth Line, beginning in late 2018.

Uxbridge is a town situated in west London. With two shopping centres, a leisure centre and an established university, the town is buzzing with energy. Both the Picadilly and Metropolitan lines connect Uxbridge to the city, and although being based at the end of the line means a longer commute, you’re almost certain to get a seat in rush hour.

Based in the far east of London lies Stratford. Home to both Westfield Stratford City, one of the largest urban shopping centres in Europe, and Queen Elizabeth Olympic Park sporting complex that was built for the 2012 Summer Olympics and Paralympics. On both the Central and Jubilee line, as well as the London Overground, Stratford is not only a buzzing place to live, but an easy commute into the London’s centre.

Tottenham, home to the White Heart Lane football stadium or ‘The Lane’ is probably the most notorious site in Tottenham. Despite the team relocating to Wembley for the coming year, the new stadium that’s set to be built on this site in 2018/19 predicts Tottenham becoming an even more thriving hub then it already is. With numerous bus connections and a London Overground station, Tottenham is a well-connected location to live.

In the North East of London and based in Travelcard Zone 6 lies Enfield Lock. Connected by railway and the River Lee navigation, this location is a perfect place for those with a boat. With a rising increase of Londoners looking to the rivers and canals for better value home, Enfield Lock is also an ideal spot for mooring. 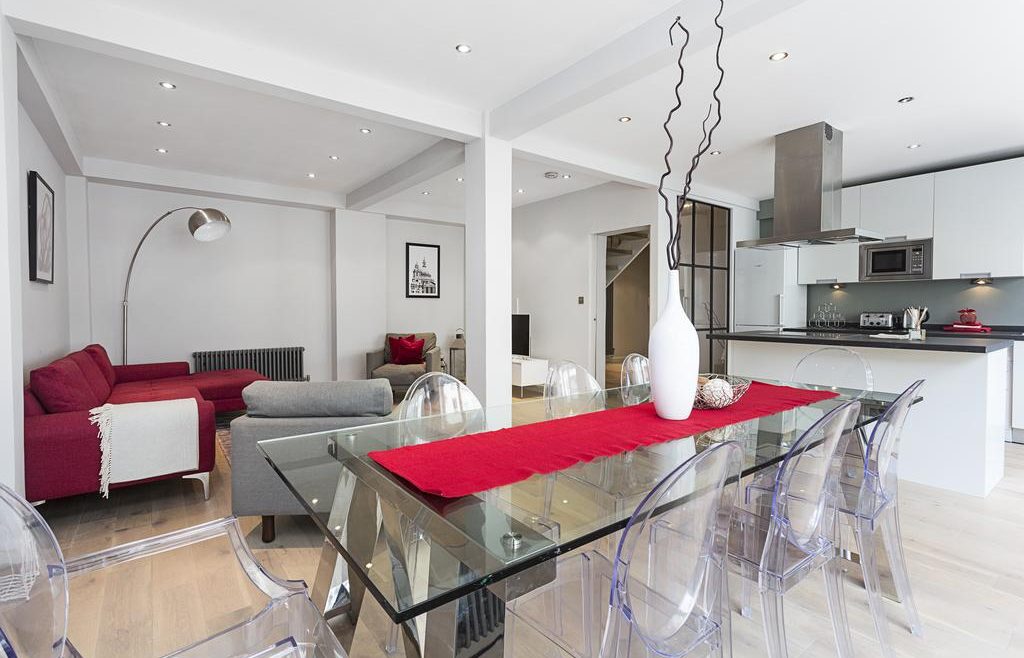 3 Benefits of a Serviced Apartment

The Best of Both Worlds

Staying in a serviced apartment really is the best of both worlds. Fully equipped apartments offer the comfort of a whole home with all the added benefits of a hotel. Having the whole apartment to yourself, instead of just a hotel room, provides enough space that if a quiet night in is what takes your fancy, you can do so, without compromising on luxury. Whilst it may come to feel like a home away from home, by staying in a serviced apartment guests still get to experience the indulgence of a 24-hour concierge, daily cleaning services and the added security of self-contained accommodations – win-win.

Serviced apartments have added amenities that hotels lack. A fully equipped kitchen gives guests the added flexibility of being able to cater for themselves. This flexibility is also reflected in the above-mentioned benefit of having enough space that should you want to stay in, you can do so in a comfortable environment. For bigger groups, serviced apartments offer an exclusive space where the guests can relax together, as well as giving guests the privacy of individual bedrooms. Not to mention, serviced apartments are often the more cost-effective option. 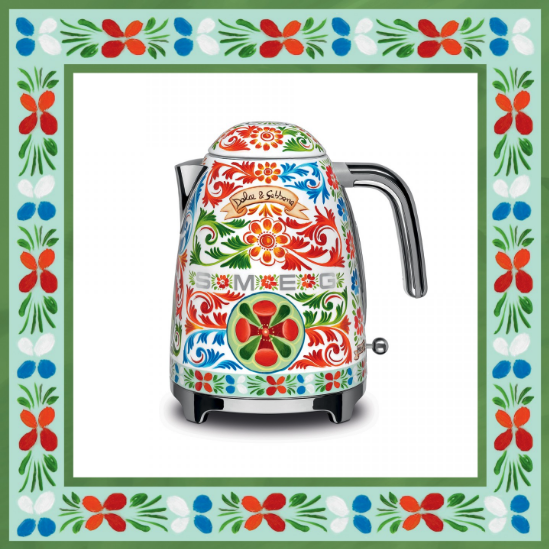 Top fashion designers have been moving into the interior space for some time now. With designers like Karl Lagerfeld, Giorgio Armani, and most recently, Thierry Mugler even expanding into the hotel business. Although, these pieces may just sound like regular household items, when it comes to property development, their unique designs, high quality finish and of course that luxury label, make them the perfect statement feature. Here we’ve put together our very own favourites – definitely worth considering when giving your property a little spruce.

Most of us know of Smeg, the appliance company that specialises in refrigerators. But, what most of us didn’t know is that Smeg teamed up with the renowned Dolce&Gabbana to create beautiful hand painted refrigerators and this year have released a similar collaboration on smaller appliances – toasters, blenders, juicers and kettles. Although there is no guarantee the kettles will boil any faster, they’ll certainly give your kitchen a much-needed lift.

At Luxe Property Group, we offer luxury interior design services to properties in London. The right bed sheets are vital for creating a bedroom space that oozes comfort. And for that reason, Robert Cavalli’s selection of boldly printed sheets are definitely up their with some of our favourite designer home-ware.

Fendi’s ‘Armchair of a Thousand Eyes,’ that is made from more than 100 of the Fendi ‘bag bugs’ made a serious statement when it launched in the Salone del Mobile in Milan last year. Although this piece might not be to everybody’s taste we can’t help that it caught our eye.

We’re sure you have heard it been said, “One cannot think well, love well, sleep well, if one has not dined well.” Well, when it comes to dining there is no better way than off Hermès porcelain, so we hear. From plates to cups and saucers, the Hermès collection revolutionises an ordinarily boring cup of tea. Not to mention they also make a beautiful kitchen feature; it’s definitely worth leaving them on display.